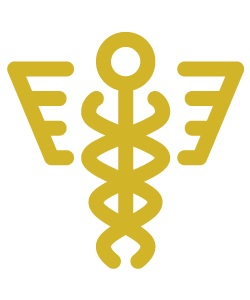 If you don't have your health, what do you have? So many people struggle with ongoing illness, looking for care and solutions. Still others consider themselves healthy, but they are looking for preventative measures they can turn to in order to prevent a health crisis down the road. Regardless of which category you fall into, we think you will benefit from reading the articles on this blog. We address all sorts of health-related topics, from nutrition to surgery. You will find information on mainstream care, as well as some alternative medical options. Our goal is to give you the knowledge you need for better health, now and in the future.

Tinnitus is a ringing in the ears. It has a variety of potential causes, but the effects are the same: a constant and unending ringing in one's ears. If you've been struggling with tinnitus, the first and most important thing to know is that you're not alone. According to the American Tinnitus Association, you are joined by 50 million of your fellow Americans who also have dealt with (or are still dealing with) tinnitus of some length and variety, 20 million of whom have chronic tinnitus.

And it is a struggle. Psychology Today ran an article about the devastating mental health effects that tinnitus can have. Including, but by no means limited to, insomnia, depression, suicidal ideation, among others. It's a serious problem, and one that can have devastating effects on those who suffer from it.

In general, the first step towards treating tinnitus is to ensure that it's not being caused by some other health condition. Authorities like the Mayo Clinic refer to tinnitus as a symptom, even while acknowledging that the cause may not be found. If you're here, you likely already know this. You've probably jumped through these hoops, and are looking for something to treat your tinnitus.

Because tinnitus is often a symptom and because it's often difficult to find the root cause, chronic cases of tinnitus are often incurable. However, this does not mean that the tinnitus is not treatable. There are a variety of treatment options available. No one treatment is going to be better than the others. It's all about how best to manage your tinnitus, and that's going to vary based on a lot of factors.

Here are some ways that tinnitus is being treated in the United States.

Don't deal with this on your own, get in touch with someone who offers tinnitus hearing treatment near you.